GREELEY, Colo. – Former Spanish Fork Don Brooke Carter made history by becoming the first Utah Valley University pitcher to throw a perfect game in the program’s NCAA Division I era in a 9-0 win over Northern Colorado on Friday afternoon. It was also just the third no-hitter since UVU moved to DI athletics in 2004.

Carter (4-2) struck out eight, including the first five batters she faced. She punctuated her effort by striking out two in the fifth and final inning of the run-rule contest,…. 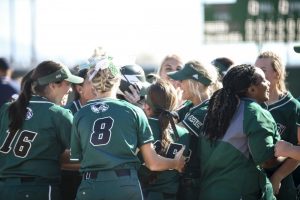