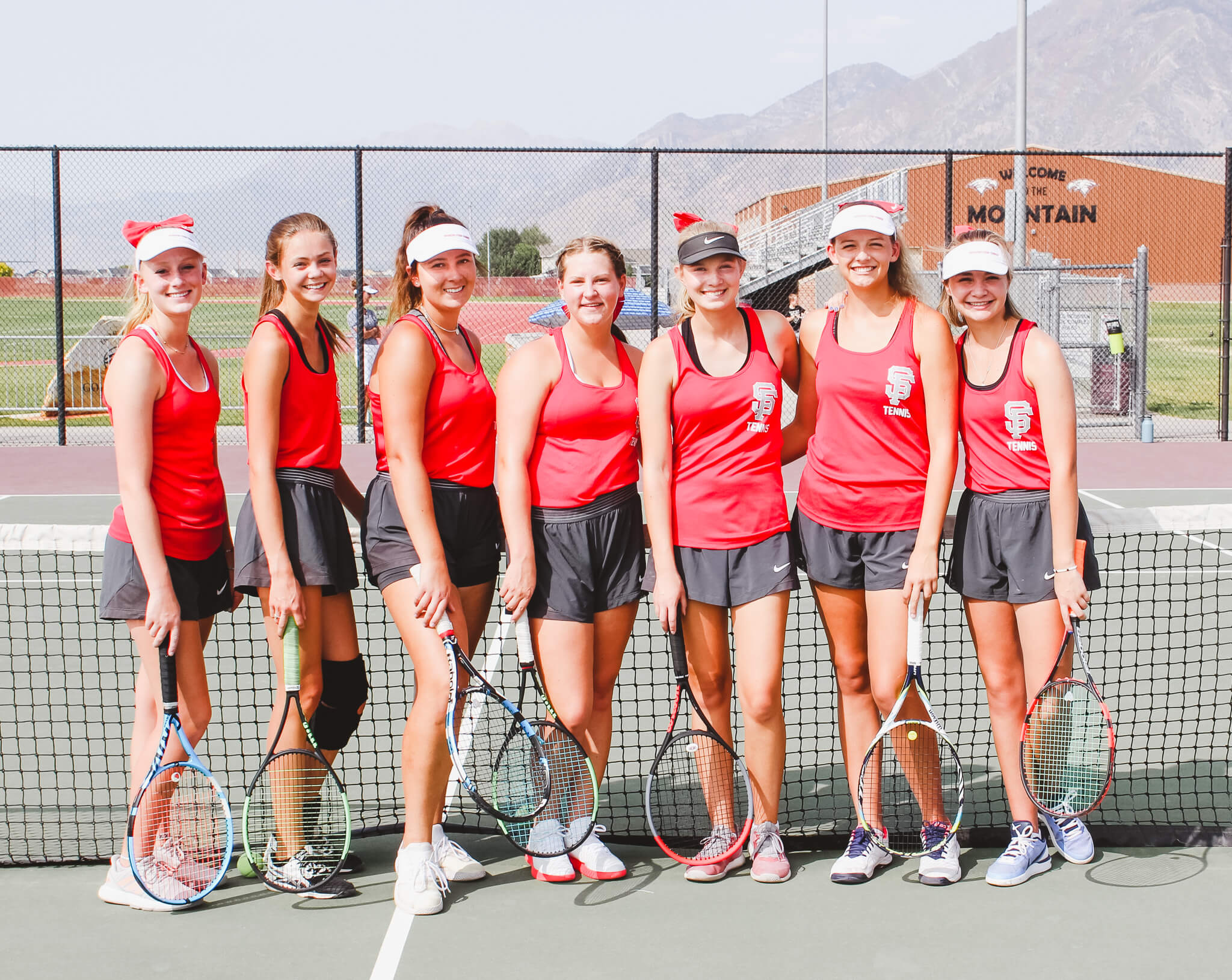 The Spanish Fork Lady Dons beat Maple Mountain 4-1 yesterday winning out in several close matches. They also suffered a forfeit at 2nd doubles (the one loss) after Holly Hermanson aggravated an old injury early in their first set. Both 1st Singles (Alivia Winkel) and 2nd Doubles won in straight sets—6-3, 7-5 and 6-3, 6-3 respectively. 2nd Singles (Kayla Huish) and 3rd Singles (Kylie Smith) each won out after losing the first set but winning the other two.

The Spanish Fork Varsity tennis team has had a fantastic season and will close out region play against Springville at home on Thursday, September 17th at 3:30 pm. This match will also be a senior night with the recognition of seniors starting at approximately 7:00 pm.