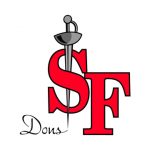 These student athletes were honored by the UHSAA at their respective state meets for achieving outstanding academic success throughout their high school years.  Each athlete has maintained a 3.75 or higher cumulative GPA and in most cases closer to a 4.0 to earn the Academic All State Award.  Congratulation to these Student Athletes! 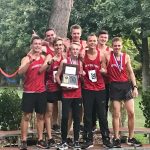 Congratulations to our Boys Cross Country team on winning the Region 10 Cross Country Championships.  This is the first region championship in cross country for the boys team since 1991. The boys team placed 6 runners in the top twenty to beat favored Mountain View by two points, 50-52.  Wyatt Evans led the team with 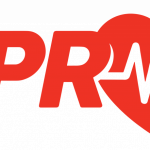 COACHES: This is the link to the CPR class that we will be doing on November 1st. This is for anyone that needs to update,(certify or re certify) their CPR/ First Aid certification. The letter below shows you how to do the online portion of the class. Once you complete the online portion you will print your certificate

There will be a meeting for ALL athletes, parents and those that want to tryout for any sport at SFHS this year.  We will welcome Especially for Athletes to our school to give us a new presentation on the program that we have adopted at Spanish Fork High School. We strongly encourage all athletes and 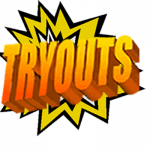 Tryouts for Fall Sports are happening at SFHS! ALL athletes MUST have a current physical and be registered for the sport on RegisterMyAthlete.com BEFORE trying out for ANY sport.  Please complete ALL information and signatures. Soccer- July 31 & August 1st at 8:00am at the SFHS Soccer Field Volleyball- Aug 7-9 from 8:00-10:00am and from

The Utah High School Activities Association member schools voted to pass a new transfer rule beginning with the 2017-18 academic year. To implement the changes, the UHSAA will shut down UHSAA sport registrations on RegisterMyAthlete from June 12 until July 25. In the new registration process, transfer students seeking subvarsity eligibility will submit the transfer 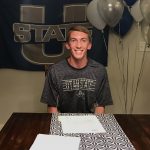 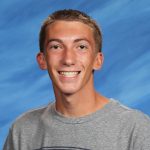 Congrats to Heston Andersen for being named to the Academic All State Team for Boys Cross Country!  Heston is one of our awesome seniors on the Cross Country Team this year and has a Cumulative GPA of 4.0. 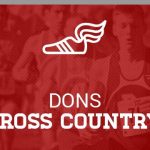 Spanish Fork High School hosted the region 8 cross country championships at the Sports Park on Friday October 7th.   We had 60 athletes represent Spanish Fork HS in the championships. The boys team finished 2nd in the region and qualified as a team for the state meet on October 19th.  Boys varsity includes seniors 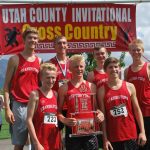 The cross country teams had an amazing showing over the weekend at the Utah County Invite.  Our Boys team finished in 2nd place and earned a trophy.  Heston Andersen and Joey Buck earned medals by placing in the top ten individually. The girls team finished in 6th place. The boys team is now ranked 10th

No Events This Week

Events are added by athletic staff.
View All Events